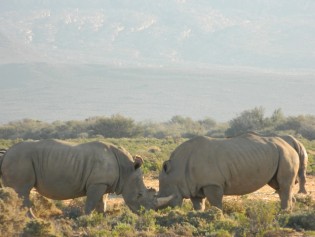 By Ranjita Biswas
The year 2013 opened on a disastrous note for the one-horned rhinoceros of the northeastern Indian state of Assam. At the beginning of April, officials in the Kaziranga National Park (KNP), one of the last retreats left in South Asia for these endangered creatures, reported that 17 rhinos had been poached.
ADVERTISEMENT ADVERTISEMENT