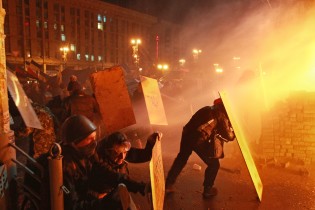 By Pavol Stracansky
Bloody clashes that have left more than a score dead and more than a 1,000 injured in the Ukrainian capital could continue for weeks. Local people say there is now “no way back” for either side in what has become the worst crisis in the country’s post-Soviet history.
ADVERTISEMENT ADVERTISEMENT