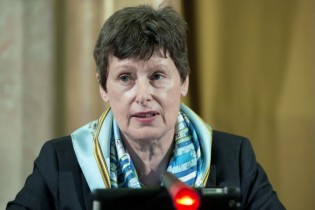 By Thalif Deen
When the Foreign Minister of Marshall Islands Tony de Brum addressed a nuclear review Preparatory Committee (PrepCom) meeting at the United Nations last month, he asked whether anyone in the room had witnessed a nuclear explosion.

By Thalif Deen
Secretary-General Ban Ki-moon is one of the most vociferous advocates of a world free of nuclear weapons.
ADVERTISEMENT ADVERTISEMENT