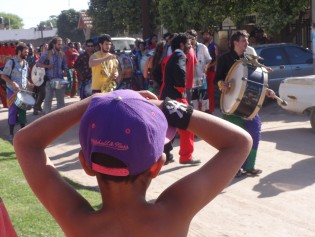 By Fabiana Frayssinet
The people of this working-class suburb of Córdoba in Argentina’s central farming belt stoically put up with the spraying of the weed-killer glyphosate on the fields surrounding their neighbourhood. But the last straw was when U.S. biotech giant Monsanto showed up to build a seed plant.
ADVERTISEMENT ADVERTISEMENT