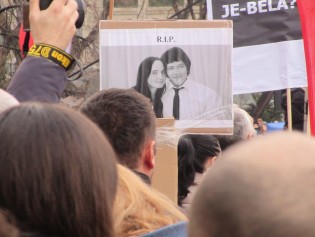 By Ed Holt
In 2014, worried about editorial independence after local businessmen bought a substantial stake in the major Slovak daily newspaper they worked at, a small group of journalists left in protest and set up their own paper run solely by the journalists themselves to ensure impartiality.
ADVERTISEMENT ADVERTISEMENT