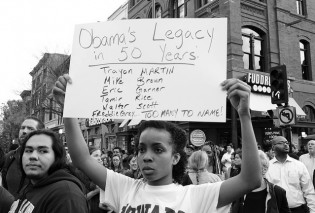 By Carey L. Biron
The shooting of an unarmed black teenager by a white police officer in the southern United States earlier this month has led to widespread public outrage around issues of race, class and police brutality.
ADVERTISEMENT ADVERTISEMENT