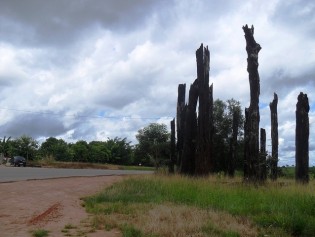 By Fabiana Frayssinet
The execution-style killing of a leader of the Landless Workers' Movement in a sugarcane plantation in the southeastern Brazilian state of Rio de Janeiro, where bodies of opponents of the dictatorship were incinerated in the 1970s, recalls one of the most tragic chapters in this country's history.
ADVERTISEMENT ADVERTISEMENT