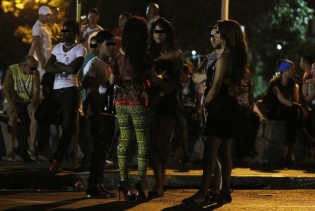 By Ivet González
During the events surrounding the eighth annual celebration of the Day Against Homophobia in Cuba, it emerged that a young transsexual had recently been killed in the city of Pinar del Río near the western tip of this Caribbean island nation.

By Ivet González
In addition to other forms of discrimination, lesbian and bisexual women in Cuba face unequal treatment from public health services. Their specific sexual and reproductive health needs are ignored, and they are invisible in prevention and treatment campaigns for women.

By Raúl Pierri
Latin America and the Caribbean cannot hope to have truly advanced, progressive policies in sexual and reproductive health as long as women do not have the right to decide to interrupt their pregnancy, says Mariela Castro.
ADVERTISEMENT ADVERTISEMENT