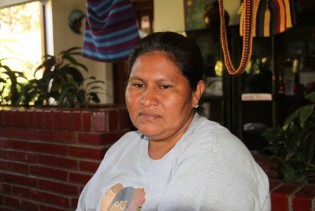 By José Adán Silva
Víctor Sánchez doesn’t want gold or the comfortable future income he was promised. He just wants to live the life he has always lived on his farm along the Banks of the Las Lajas river – but the river is slated to become part of the route followed by the Nicaragua Interoceanic Grand Canal.