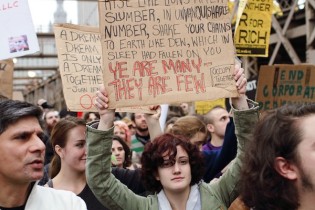 By Matthew Charles Cardinale
Strike Debt, an affiliate of the Occupy movement, has devised a legal and what some consider ingenious way to abolish millions of dollars in consumer debt.