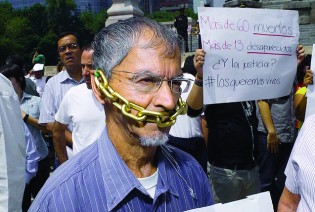 By Thelma Mejía
Police officers in Honduras are protesting regulatory measures and aptitude tests implemented as part of reforms aimed at purging the police force of corruption and growing links to organised crime.
ADVERTISEMENT ADVERTISEMENT