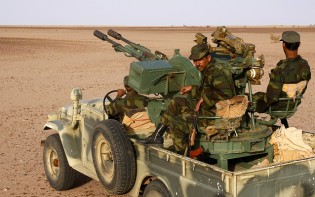 By Carey L. Biron
The U.S. government is being urged to conclude a review of national policy on landmines that has dragged on for more than four years, a lag that some say has indirectly led to the injury or death of more than 16,000 people.
ADVERTISEMENT ADVERTISEMENT