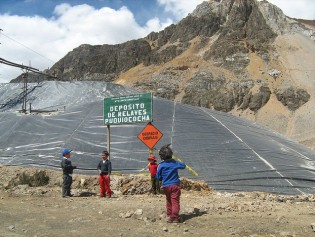 By Emilio Godoy
"They brutally repressed us. The mining company buys off people’s consciences, it divides the community, but we’ll keep fighting it. Some people have had to flee the community,” Rosalinda Dionisio, a Zapoteca indigenous woman in the southern Mexican state of Oaxaca, told IPS, sobbing.