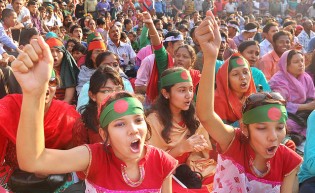 By Marianela Jarroud
Chile's positive economic performance in 2012 is not enough to boost President Sebastián Piñera's waning popularity, as many Chileans believe the country's much-touted growth does nothing to compensate or solve decades of accumulated injustices, several analysts told IPS.
ADVERTISEMENT ADVERTISEMENT