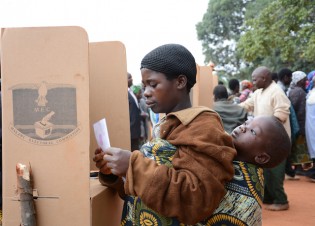 By Mabvuto Banda
Malawi’s first-ever tripartite elections in May 2014 will be a litmus test for President Joyce Banda, who is faced with an opposition majority in parliament, soaring food prices, and a potential treason trial.
ADVERTISEMENT ADVERTISEMENT