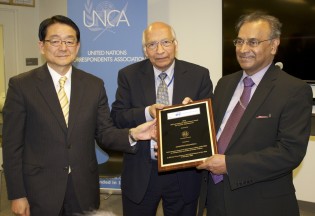 By Lucy Westcott
The United Nations witnessed a historic moment Monday with the signing of the Arms Trade Treaty, first adopted in April by the General Assembly, and the first time the 85-billion-dollar international arms trade has been regulated by a global set of standards.
ADVERTISEMENT ADVERTISEMENT