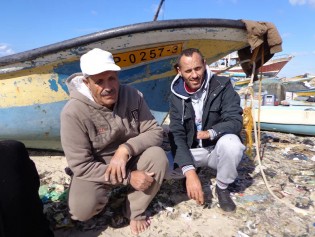 By Mel Frykberg
Three Palestinian fishermen were injured last week after Israeli naval forces opened fire on fishing boats off the coast of al-Sudaniyya in the northern Gaza Strip, bringing to 15 the number of farmers and fishermen shot and injured by Israeli security forces recently as they attempted to earn a living.
ADVERTISEMENT ADVERTISEMENT