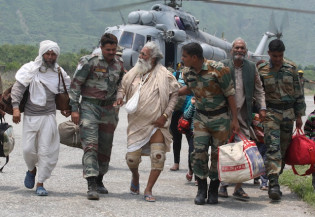 By Sujoy Dhar
Every year Yogesh Mudgal treks miles through the mountainous roads of the Indian Himalayas during the holy Hindu month of Shravan, in July.
ADVERTISEMENT ADVERTISEMENT