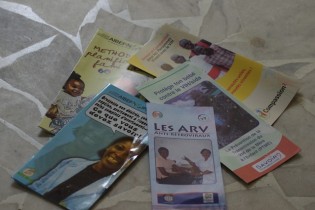 By Robbie Corey-Boulet
Eliane Negui knew just what to do when she got word that a group of inmates had escaped from Abidjan’s main prison, MACA, earlier this month. After all, the 24-year-old, who has lived across a dirt road from the facility for nine years, had witnessed the same scenario just two months before.
ADVERTISEMENT ADVERTISEMENT