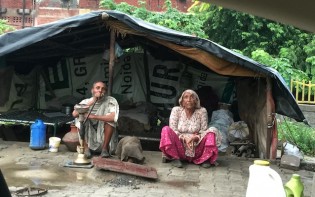 By Neeta Lal
As India paid glowing tributes to Bhimrao Ramji Ambedkar, the architect of its constitution and a champion of the downtrodden, on his 124nd birth anniversary last month, public attention also swivelled to the glaring social and economic discrimination that plagues the lives of lower-caste or ‘casteless’ communities – who comprise over 16 percent of the country's 1.2 billion people.
ADVERTISEMENT ADVERTISEMENT