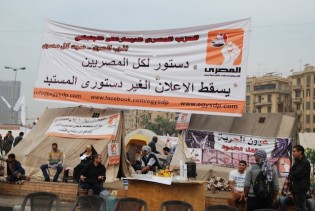 By Adam Morrow and Khaled Moussa al-Omrani
The first major confrontation between Egypt's new Islamist president and its quasi-ruling military council – fought over the issue of legislative authority – appears to have been won by the latter.

By Mel Frykberg
Like the delayed after-effects of an earthquake below the ocean before the subsequent tsunami hits adjacent coastlines, Egyptian anger finally exploded this week after several days of stunned silence following the controversial results of Egypt’s first-round of presidential elections.
ADVERTISEMENT ADVERTISEMENT