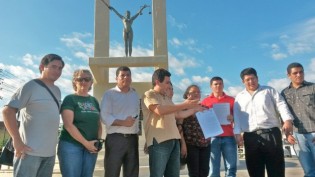 By Edgardo Ayala
Pressure from social organisations has temporarily halted concessions of television broadcasting frequencies in El Salvador, a country where the struggle for spectrum ownership has political and ideological overtones, as well as economic ones.

By Pratap Chatterjee
How do U.S. intelligence agencies eavesdrop on the whole world? The ideal place to tap trans-border telecommunications is undersea cables that carry an estimated 90 percent of international voice traffic.
ADVERTISEMENT ADVERTISEMENT