the United Nations Office for the Coordination of Humanitarian Affairs (UNOCHA) 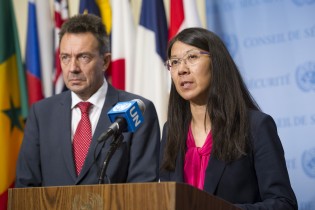 By Catherine Wilson
An estimated one-third of the population of Papua New Guinea, the most populous Pacific Island state, is now suffering in from the country’s worst drought this century and experts predict El Nino’s influence will carry on through March 2016.
ADVERTISEMENT ADVERTISEMENT