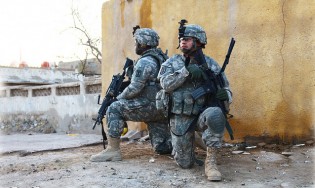 By Jim Lobe
Despite their ubiquity on television talk shows and newspaper op-ed pages, neo-conservatives and other hawks who propelled the U.S. into war in Iraq 11 years ago are falling short in their efforts to persuade the public and Congress that Washington needs to return.

By Jim Lobe
Nearly 12 years after the United States ousted the Taliban from power, the White House announced Tuesday that the United States will begin formal talks with the militant Islamist group in Qatar later this week as part of Afghanistan's national reconciliation process.
ADVERTISEMENT ADVERTISEMENT