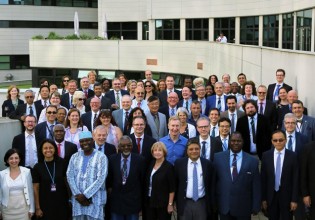 By Thalif Deen
The UN Joint Staff Pension Fund (UNJSPF), whose current assets are estimated at over $54.2 billion, has no plans to “privatize” and is in “solid” financial health, according to the Chief Executive Officer (CEO) of the Fund Sergio Arvizu.

By Thalif Deen
The United Nations will commemorate Human Rights Day next week amidst charges the world body is unilaterally proposing drastic changes to working conditions and salaries of staffers without due consultation - and in violation of their basic rights.
ADVERTISEMENT ADVERTISEMENT