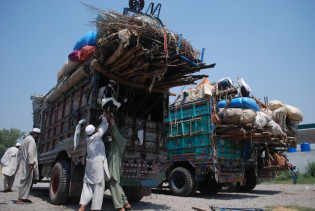 By Ashfaq Yusufzai
Muhammad Shakoor, 42, calls Pakistan home. Born in Afghanistan’s eastern Nangarhar province, he was bundled across the border during the Soviet invasion of his country in 1979 by his family fleeing the chaos of war.

By Jillian Kestler-D'Amours
Tesfahiwet Medin holds a university degree and experience as a nurse. But six years after escaping the violent dictatorship in his native Eritrea, the 39-year-old says he feels like a part of him is missing, as he's been prevented from continuing in his profession in Israel.
ADVERTISEMENT ADVERTISEMENT