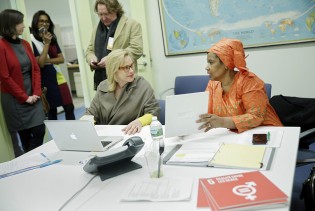 By Carey L. Biron
Regulators here are proposing that most U.S. corporations be required to provide annual public reporting on how the pay received by their chief executive compares to that of their average workers, a requirement proponents say could be a first step in reining in an unprecedented swelling in executive compensation.
ADVERTISEMENT ADVERTISEMENT