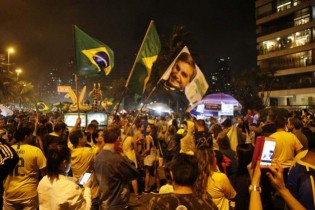 By Mario Osava
The dream of electing Brazil’s first black president, an environmental activist from the Amazon jungle, lasted only 40 days and was frustrated in Sunday’s elections. In the end, it is the two parties that have dominated Brazilian politics for the last 20 years that will face off in the second round of voting on Oct. 26.
ADVERTISEMENT ADVERTISEMENT