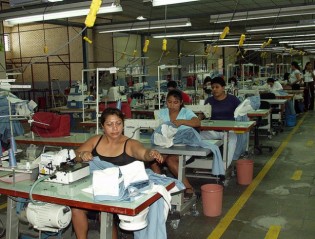 By Edgardo Ayala
Textile companies that make clothing for transnational brands in El Salvador are accused of forging alliances with gang members to make death threats against workers and break up their unions, according to employees who talked to IPS and to international organisations.