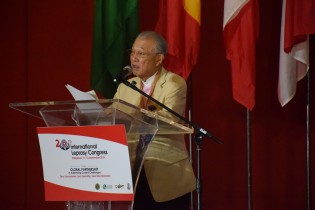 By Stella Paul
Forty years ago, Yohei Sasakawa saw his father moved to tears after meeting and witnessing the suffering of people affected by leprosy – also known as Hansen’s disease. Not only did the patients have a physical illness, but they also suffered from social exclusion and discrimination. It made the young Sasakawa vow to work for the elimination of leprosy from the world – just as his father had been doing.
ADVERTISEMENT ADVERTISEMENT