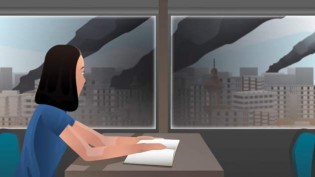 By UNHCR
The United Nations Department of Public Information has launched a new animated video on the dramatic story of Yusra Mardini, a young refugee from conflict-torn Syria who achieved her dream to compete in the Olympics last year. Yusra Mardini was appointed as a Goodwill Ambassador for the United Nations High Commissioner for Refugees, the UN Refugee Agency (UNHCR) on 27 April 2017. The video was produced by the Education Outreach Section in support of the Together Initiative to mark World Refugee day on 20 June and highlight the advent of the International Day of Peace on 21 September.

By Sudeshna Chowdhury
A brick red, six-story tenement house, St. George Melkite Church and a community house in desperate need of repair are nearly all that remain of a once thriving Arab-American community in downtown New York City.
ADVERTISEMENT ADVERTISEMENT