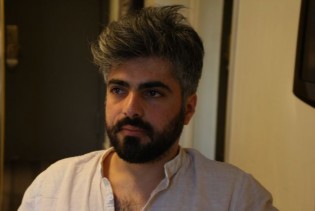 By Sudeshna Chowdhury
Outwardly, Feras Fayyad is stoic in face of the immense turmoil both he and his country are going through. All of 30 years old, Fayyad, who runs Sout Raya, a radio station in Turkey, exudes calm. His voice is almost soothing.

By Sudeshna Chowdhury
Only seven candidates running for  membership in the Geneva-based U.N.  Human Rights Council (UNHRC) this year showed up during an event Tuesday, which provided a platform for candidates to outline their plans and commitments towards protection of human rights as well as their vision for membership.

By Sudeshna Chowdhury
Jotham Musinguzi, a doctor from Uganda and the International Islamic Centre for Population Studies and Research (IICPSR), a research centre based in Egypt, were the recipients of the 2013 United Nations Population Award.

By Sudeshna Chowdhury
Addressing the United Nations Secretary-General Ban Ki-moon’s Global Education First Initiative (GEFI), a programme aimed at improving the quality of education worldwide, a group of panelists at the United Nations Tuesday highlighted the urgent need to tackle what they called the global learning crisis by improving the quality of learning in schools as well as ensuring children all over the world have access to quality education.

Adding Billions to the World’s Population

By Sudeshna Chowdhury
A report released Thursday by the United Nations Department of Economic and Social Affairs (UN DESA) predicts that the current world population will increase from 7.2 billion to 8.1 billion in 2025—an increase of almost one billion in 12 years.

Creating political Will is the biggest challenge, say experts

“There is nothing heroic about war”

By Sudeshna Chowdhury
A mother holds on to a blood-soaked pair of jeans her son was wearing when he was gunned down during a battle.

By Sudeshna Chowdhury
Kevin’s Carter’s disturbing picture of the 1993 famine in Sudan won him a Pulitzer Prize.

“Peace has to be sustainable”

By Sudeshna Chowdhury
It’s a picture of an old lady who is looking right at you. You stare at her and she stares back.

By Sudeshna Chowdhury
Growing up as a child, Trisha Arlin had never seen a woman rabbi. Back then, women were not allowed to read the Torah, nor were they allowed to serve in synagogues.

By Sudeshna Chowdhury
It’s Sarah Schilling’s usual manner of greeting when she meets other members of her tribe: “Aanii Sarah Schilling n'diznakaas, which translates to ‘Hello, Sarah is my name’ in English,” she said.
Next Page »
ADVERTISEMENT ADVERTISEMENT