UNITED NATIONS, Jul 18 2013 (IPS) - In a recent report to the U.N. Security Council, Secretary-General Ban Ki-moon acknowledged the possibility of poaching as a threat to not just wildlife or endangered species, but to the greater stability and peace in general. 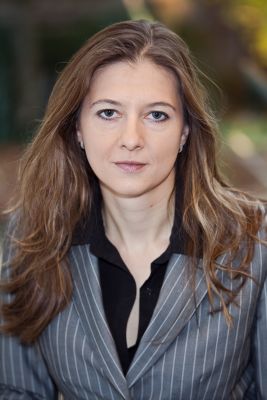 “Poaching and its potential linkages to other criminal, even terrorist, activities constitute a grave menace to sustainable peace and security in Central Africa,” he said in the report.

Joseph Kony’s Lord’s Resistance Army (LRA), the rebel group responsible for killing hundreds and displacing thousands in the Central African Republic (CAR) and Democratic Republic of Congo (DRC), is poaching elephants to buy weapons and ammunition, according to a report by the Enough Project.

From ivory in Africa to rhino horns in northeast India, the poaching nexus is extensive  and complicated.

Poaching statistics say it all.

A record 668 rhinos were reported killed in 2012, according to the “Illicit Trade Report” published by the World Customs Organization (WCO), an intergovernmental organisation.

According to the World Wildlife Fund (WWF), rhino poaching in South Africa increased 3000 percent between 2007 and 2011.

In an interview with IPS correspondent Sudeshna Chowdhury, Vanda Felbab-Brown, a senior fellow with the Center for 21st Century Security and Intelligence in the Foreign Policy programme at the Brookings Institution, a well-known think tank in the U.S., and an expert on international and internal conflicts, said, “Wildlife trafficking’s illicit economy is one of many lucrative illicit economies terrorists and other armed actors can tap into.” Excerpts from the interview follow.

Q: What is the connection between poaching and terrorism?

A: Armed groups, including terrorist groups, tend to tax any economic activity in the area they control or where they have substantial influence. Wildlife trafficking can be extremely profitable. So, it’s a tempting target for armed groups to tax or directly participate in.

During an active armed conflict or insurgency, wildlife protection tends to be of least priority for security forces. Thus wildlife trafficking is both a highly lucrative illicit economy for armed groups and a relatively easy one to penetrate, particularly in remote areas.

At the same time, there is often a great deal of complicity on the part of park rangers and wildlife traffickers. Armed groups that have taxed or engaged in wildlife trafficking include the Maoists in Nepal during the civil war; the Taliban in Afghanistan; Janjaweed in Sudan; various parties to the Angola war and many more.

Q: Given that poaching and terrorism are two different issues, how do you tackle them?

A: Restoring security is key. In the context of violent conflict, all kinds of illicit economies will thrive, including wildlife trafficking. However, focusing on the armed actors is not sufficient. Much poaching takes place in regions where there is no violent conflict. This is possible due to corruption among rangers.

Also, the local population may not be deriving sufficient economic benefits by conserving wildlife in their area.

Addressing the other aspects of wildlife trafficking is no less important than focusing on the violent armed actors. In fact, poaching is mostly being committed by actors who are not armed insurgents in regions where there are no violent conflicts.

Q: Which areas are the growing markets for wildlife products?

A: One of the most devastating and rapidly expanding markets is eastern Asia, particularly places like China, Thailand, Taiwan, Singapore, Malaysia, Vietnam. Indonesia is a major source country for wildlife products. It also has a growing internal market for various kinds of wildlife products.

But among East Asian populations in the United States and Europe there is demand for such products. Similarly, in Russia, the (ill)legal trade in exotic furs is booming. East Asia also has witnessed a long tradition of seeing wildlife and nature purely through a lens of consumption. For example, traditional Chinese medicine has been consumed for many centuries now.

In parts of Africa, such as Zambia or West Africa, there is also a long and deep history of consuming bush meat.

The slaughter of elephants, rhinos, and tigers attracts most attention because they are such iconic animals. But poachers also target a large number of sharks, snakes, turtles, pangolins, and various bird species.

Q: In this day and age, is a public-private partnership (PPP) the best way to deal with poaching?

A: Public-private partnership is just one aspect of the policy that could be fruitful. Some conservation efforts could perhaps be done even without a strong role of the state. In other domains, such as the enforcement of law, the role of the state is crucial and inescapable.

Q: What role does world bodies like the U.N. could play in combating terrorism? Could sanctions work?

A: The U.N. is a body that both promulgates international laws, norms, and regimes, and has the capacity to adopt shaming strategies and developing blacklists, as well as imposing a variety of other sanction.

But actual security operations whether against terrorist groups or wildlife poaching groups have to be undertaken by member states. They may well have a blessing of the U.N, which often attracts attention and can increase legitimacy.

Q: Is the problem of terrorism as a result of poaching proliferating?

A: No, terrorism is not proliferating because of poaching. Terrorism is driven by its own enabling factors, which are varied and complex. Poaching has nowhere is the world generated new terrorists.

However, the wildlife trafficking illicit economy is one of many lucrative illicit economies terrorists and other armed actors can tap into. But, it is equally crucial to acknowledge that much poaching – in Tanzania, Ethiopia, Kenya, South Africa – takes place in the absence of violent conflicts and are nor carried out by terrorists or other armed groups.