UNITED NATIONS, Jun 10 2013 (IPS) - As the situation in Myanmar deteriorates, thousands of Rohingyas have fled the country in search of a safe haven. 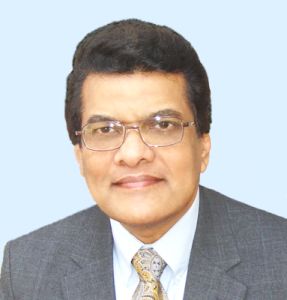 Reports continue to emerge depicting inhuman and squalid conditions in the temporary camps where these displaced people live.

Local officials in the Rakhine state of Myanmar recently called for the strict implementation of a “two-child policy” on Rohingya Muslims. Even though this announcement has been condemned by human rights groups around the world, the crackdown on Rohingya Muslims in Myanmar is far from over.

In an interview with IPS correspondent Sudeshna Chowdhury, Dr. Wakar Uddin, director general of of the Arakan Rohingya Union, a non-governmental organisation incorporated in the United States, urged the international community to stand up for the Rohingyas of Myanmar, also known as Burma.

While the international community has taken note of the sectarian violence against the community, “it is not enough,” Uddin said.

Critics of the United Nations often cite examples from history when the world body failed to prevent such tragedies, such as the Rwanda genocide and more recently, the death of civilians in Sri Lanka.

“How many Rohingyas have to die for the international community to respond to the ongoing crisis?” asks Uddin.

Q: What are the larger implications of a two-child policy on the Rohingya Muslim population?

A: This two-child policy is a tool employed to reduce as well as control the population of Rohingya Muslims. It is an ethnic cleansing policy filled with hate. The policy is specifically for Rohingya Muslims who are unwanted and hated by the government as well as some extremist Buddhist elements. Some experts would say that it is also a genocide policy.

In fact, this two-child policy was there in Myanmar since 1994. However, it lacked serious enforcement. But surgical and forced operations were prevalent in remote pockets of the country. This is why it wasn’t reported widely. But now local authorities are actually stepping up the implementation of the directive.

The authorities are trying to eliminate the population by driving them out of the country as well as putting a cap on the birth of Rohingyas. So they are controlling the population growth in both ways. Eventually, there will be no Rohingyas left in the region and then one can easily grab all their land.

Q: So, this is not just about sectarian violence?

A: A significant amount of land in the Rakhine state, also known as Arakan state of Myanmar, is owned by Rohingyas. Areas within this region are rich in hydrocarbons, natural gas and other resources. So, the goal is to grab these lands that belong to the Rohingyas.

The extremist elements are trying to drive Rohingya people out of the country by making false claims. They are saying that the Rohingyas had illegally infiltrated the Arakan State of Myanmar, and that they actually belong to Bangladesh and to the state of West Bengal in India.

But what is important to understand is the fact that the Rohingya history in the country of Myanmar dates back many centuries.

Q: Is the violence spreading to other parts of the country as well?

A: The Burmans are the majority ethnic group in Burma. Therefore, what we are seeing is the “Burmanisation” of the country.

The aim is to eliminate other minority groups in Myanmar. In places like the Kachin state, people are now asking for autonomy. To begin with, violence was mainly directed against the Rohingya Muslims. But now you see Muslims, who are not even Rohingyas, being targeted by the ruling class. Slowly Hindus and Christians, too, won’t be spared as the violence escalates in the rest of the country.

Q: What is the current situation of those who are displaced?

A: The most vulnerable are the women and children. From lack of medicines to malnutrition to squalid conditions – you name it. Monsoons are coming so the situation is going to deteriorate further. The internally displaced persons (IDPs) are therefore at a huge risk.

What is most disturbing is the emergence of sex slave camps where Rohingya women are raped and used as “sex slaves” by Burmese forces. These women have nowhere to go. The authorities provide them with food and shelter. In return they exploit them.

While incidences of rape do get reported in the media once in a while, there is no systematic data collection or records that can give us an estimate of how many women have been raped.

Q: How are the neighbouring countries and the international community dealing with this situation?

A: Some of these Rohingya Muslims took shelter in neighbouring countries, such as India, Thailand and Bangladesh. But we are talking about 1.5 million people here. Absorbing them will not solve the Rohingya issue. The root cause of the problem needs to be addressed here. One has to give them their rights. Proper education and jobs will help solve this crisis.

As far as the role of international community is concerned, it is only now that people outside Burma are paying some attention to the plight of the Rohingyas.

As members of the Rohingya diaspora, we have to continuously work towards keeping the discussion alive, and keep reminding people that the Rohingyas are suffering and a permanent solution is important to solve the crisis.

So, those capable of intervening wait until a certain number of people die. Before that they do not take action.

Also one must understand that until very recently Burma was a closed country. International media did not have much access to the region. It was only after the mass killings last year that the international community, including the media, took notice of the Rohingya crisis.