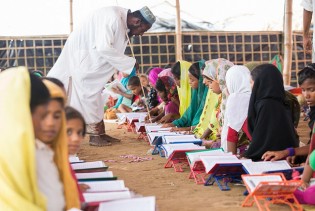 By Sudeshna Chowdhury
As the situation in Myanmar deteriorates, thousands of Rohingyas have fled the country in search of a safe haven.
Next Page »
ADVERTISEMENT ADVERTISEMENT