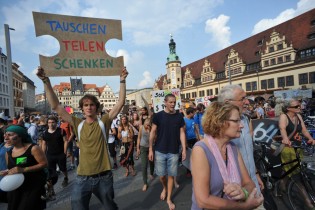 By Ángela Meléndez
The Ecuadorean government’s decision to allow oil drilling in the Yasuní National Park, one of the most biodiverse areas of the planet, has caused alarm among environmentalists and indigenous people, who are calling for a referendum on the issue.
ADVERTISEMENT ADVERTISEMENT