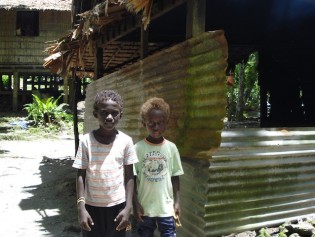 Urban Youth Go Back to the Land

By Catherine Wilson
Down the main road in Munda, a coastal town on the North Georgia Island of the Solomon Islands, past the wharf, the market and a small collection of shops, Patrick Arathe’s farm is reached by walking first across the runway of the local airport and finally along a dirt track that winds between residential buildings until it opens into a large clearing.

By Anselme Nkinsi
Seated under a tree, biologist Zozo Bazomba welcomes a steady stream of visitors to the Action Nature et Médecine centre in Bumbu commune in the DRC. Suffering from a range of ailments, they have come from across Kinshasa, the capital, in search of sachets of powdered moringa leaves.
ADVERTISEMENT ADVERTISEMENT