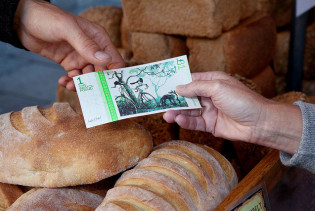 By Stephen Leahy
One evening in the small village of Ashton Hayes in Cheshire, England, someone started a conversation about climate change and energy at the local pub. It was 2005. Two years later, residents had cut their carbon dioxide emissions and energy costs by 20 percent.

By Zofeen Ebrahim
Back in 2006, when the government of Abu Dhabi — a Middle Eastern emirate that controls eight percent of the world's oil reserves — announced that it would build "the world's first zero-carbon city," skeptics took it with a pinch of salt. Few believed it would be possible.
ADVERTISEMENT ADVERTISEMENT