MONTEVIDEO, Dec 3 2009 (IPS) - The catastrophic risk insurance shared by the countries of the Caribbean could serve as a model for collective strategies for dealing with natural disasters resulting from climate change, John Nash, the World Bank’s lead economist for Latin America and the Caribbean, told Tierramérica. 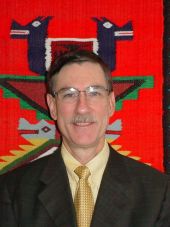 Nash was one of the experts Tierramérica interviewed for its “First Regional Report on Climate Change: Latin America and the Irreversible Effects of a Warmer Planet”, published in mid-November in Montevideo. Following are excerpts of that interview.

TIERRAMÉRICA: Are there regional contingency plans or early warning systems to deal with extreme climate events? JOHN NASH: Under the auspices of the World Bank, we now have in place the first multi-country catastrophe insurance pool, the Caribbean Catastrophe Risk Insurance Facility (CCRIF), which will provide participating governments from the region with immediate access to liquidity (cash) if hit by a hurricane or earthquake.

Pooling their risk will save the 18 participating countries approximately 40 percent in individual premium payments.

Exploratory work is under way for a similar facility for the Central American countries. We have also been working with countries of the region to establish or improve their agricultural weather insurance systems, and to develop the capacity to lay off some of the risk in international re-insurance markets, which will be helpful in mitigating the impacts of changing weather patterns on agricultural production.

Unfortunately, in a number of countries, the infrastructure for monitoring weather has actually deteriorated over the years. This will need to be rectified, which will require investments, and the local insurance markets will need to be deepened.

TIERRAMÉRICA: Are there any shared databases or joint actions among countries for mitigation of the most serious manifestations of climate change? JN: The clearest examples are the CCRIF, and the work under way to assess catastrophic risks in the Central American region.

TIERRAMÉRICA: What is the current impact of climate change on the agricultural sector and what are the most feasible measures for adaptation and mitigation? JN: Because of the inherent variability in weather from year to year, it is hard to definitively attribute specific current weather events that affect the agricultural sector to climate change.

But it is clear that since agricultural productivity is highly dependent on weather, this will be one of the sectors most heavily impacted by climate change. Impacts are likely to vary substantially from one region to the next, and some temperate regions like the Southern Cone may actually see increasing yields with moderate rises in temperatures.

If temperatures continue to rise, however, productivity is likely to fall even in these regions. Over the longer run, average simulated revenue losses from climate change in 2100 in Latin America are estimated to range from 12 percent for a mild climate change scenario to 50 percent in a more severe scenario, even after farmers undertake adaptive reactions to minimise the damage.

In order to reduce emissions, reducing deforestation and forest degradation – much of which occurs in order to expand agricultural area – is the top priority for the Latin American and Caribbean region. This source accounts for 46 percent of the region’s emissions.

TIERRAMÉRICA: Are countries taking any of these measures? JN: Most countries are assessing their climate change policies on the adaptation and mitigation sides, and some, like Mexico, are at a fairly advanced stage of developing an operational strategy. Many international organisations – including the World Bank, the United Nations Food and Agriculture Organisation (FAO), the Inter-American Development Bank – are actively supporting these efforts.

Specifically on the agricultural adaptation side, much research is being carried out by private companies to develop production technologies and heat- and drought-resistant seed varieties. The international agricultural research network – the Consultative Group for International Agricultural Research – is also focusing work in this area.

To reduce emissions from deforestation, some countries, like Brazil, Costa Rica and Mexico, are undertaking their own efforts. Others are participating in the World Bank’s Forest Carbon Partnership Facility (FCPF).

With respect to using agriculture to reduce emissions, Brazil is well known for its pioneering efforts in sustainable production of ethanol from sugarcane.

TIERRAMÉRICA: What measures should the region adopt, in terms of changes in the energy model, that would truly help mitigate climate change? JN: Re-assess the expansion of hydropower and make energy generation and use more efficient. Encourage a switch to energy-saving technologies, for example, through efficiency labelling rules, performance standards, promotion of energy efficiency among industry associations. Also, improve energy efficiency on both sides of the supply and demand equation.