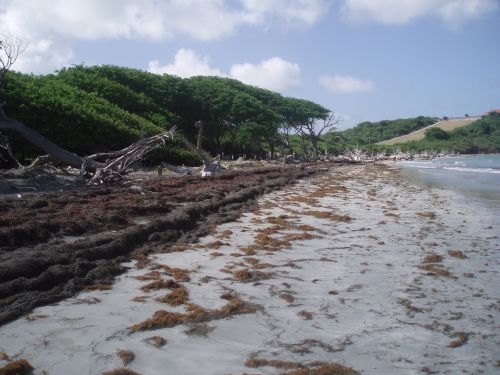 PORT OF SPAIN, Trinidad, Apr 18 2012 (IPS) - The mandate will be very clear. Caribbean Community (CARICOM) delegates are going to Brazil in June for the Rio+20 United Nations Conference on Sustainable Development determined to show that it will not be business as usual.

The region is expected to finalise the details of its position on Friday when trade and economic ministers meet in Guyana for a special meeting of the Council for Trade and Economic Development (COTED), the second highest decision-making body within the 15-member regional grouping.

The Guyana-based CARICOM Secretariat says Friday’s meeting will provide the “last ministerial platform for environment and sustainable development ministers to frame a regional strategic approach” for the Jun. 20-22 gathering in Rio de Janeiro.

The ministers are hoping that by the time their leaders arrive in Brazil, they will be armed with a “foolproof strategy on how CARICOM is going to help shape the future we want for our children and their children”.

The Guyana meeting follows a four-day regional tourism conference in Georgetown where delegates were told that increasing global temperatures due to the burning of fossil fuels could kill off forests in the Caribbean (and elsewhere) and cause a rise in sea levels that would destroy most of the beaches in the region.

Former Guyanese president Bharrat Jagdeo said a World Bank study has already indicated that 10 or 15 of the countries most vulnerable to changing climate conditions are in the Caribbean.

“We already know that a disaster could have a systemic impact in our societies, having seen hurricanes and floods wipe out the equivalent of 60, 75, 80 percent of gross domestic product. We know how this has affected the product that we offer,” he told more than 200 delegates attending the four-day event here.

“Right now we are in a global situation where we have had failures, lots of failures in Copenhagen, in Cancun and at Durban,” he said, referring to previous climate change conferences and blaming the developed world for failing to “come up with an agreement that would lead us on a path to sustainability”.

Jagdeo is currently travelling with a delegation of ministers from the Democratic Republic of Congo promoting an agreement that seeks to preserve the “rainforest of this world and to allow developing countries to take greater ownership of their forest”. They are hoping it will be signed in Rio.

“The Rio Conference has the potential to be transforming for its member states, but that depends largely on the political commitment of both developed and developing countries. Regrettably, such commitment may waver in the face of global economic and geopolitical realities,” the CARICOM Secretariat said in its statement.

With seven European countries, including France, the second largest economy in Europe, gearing up for elections later this year, there is uncertainty surrounding the dialogue on new avenues of climate financing.

“Such dialogue may not necessarily be in favour of Small Island Developing States (SIDS) such as those which comprise CARICOM. Arriving at any consensus on new envelopes of financing will be a sticking point,” the bloc said.

It is against this background that the regional bloc says Friday’s meeting will have to shape the agenda for the region.

“CARICOM ministers will need to establish and agree on clear regional priorities as well as a concrete approach on how they intend to engage their counterparts at the Rio+ 20 Conference. The issue of our approach to developing the green economy has to be at the top of the agenda.

“The concept of green economy focuses primarily on the nexus between the environment, the economy and the social realities facing the Caribbean region. The underlying challenge for CARICOM is to determine how its focus on a green economy, in the context of sustainable development and poverty eradication, can foster regional development and a better quality of life for its peoples,” the regional grouping added.

The pilot project also involves Guatemala and Bolivia. Authorities in Grenada say that under the project, three critical areas have been identified for adaptation to potential impacts from climate change in the country.

They are management of water resources; renewable energy options for use after natural disasters; and coastal ecosystems’ restoration and management.

In addition, a selection has been made for an all-encompassing project to build a “Green Economy for Sustainable Development in Carriacou and Petite Martinique”, two of the outlying islands that make up Grenada and the Grenadines.

A government statement said that the island “hopes to showcase its efforts to address climate change impacts, using a systematic stakeholder driven approach, at the upcoming Rio+20 meeting” where it is hoped that “developing countries like Grenada are also expected to receive support that will allow them to find a green path for development, and to improve international coordination for sustainable development”.

CARICOM is hoping that at the end of the COTED meeting, members will have adopted “an approach to developing a green economy and be ready to articulate what it considers the minimum architecture for the green economy framework to guide us in the next decade.

“In preparing for Rio+20, CARICOM Environment Ministers will also need to address the structural issues that impact its poverty alleviation and eradication efforts within the Caribbean region. The region needs appropriate financing mechanisms, policies, regulations and governance framework to be able to implement any sustainable development strategy that it develops.

“The anticipated outcome from the Special COTED therefore cannot be any ‘urging’, it must be a decision for a clear regional agenda for sustainable development.

“If we fail to set our own agenda, then someone else will do so through their own country development assistance programmes. The region is only too familiar with the notion that ‘one size doesn’t fit all’,” the CARICOM Secretariat said, adding “Therefore, it cannot be business as usual.”