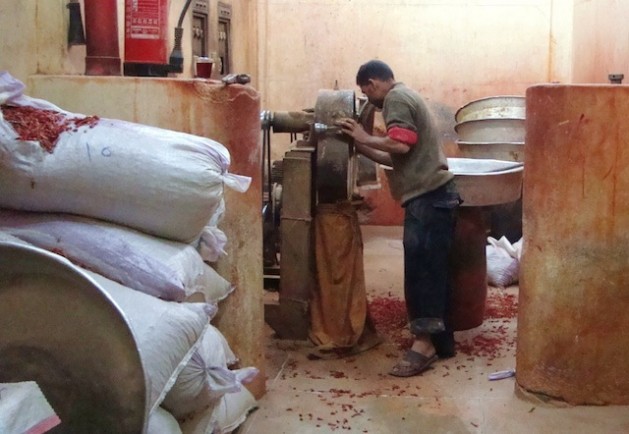 CAIRO, Oct 18 2012 (IPS) - Ahmed Hassanein works in a modern factory in an industrial enclave west of Cairo. He wears a neatly pressed uniform and operates precision calibrated machinery on a line that produces components for foreign-brand passenger vehicles.

When his shift ends, he returns home to a simple two-room flat with no air conditioning and sporadic water and electricity. The bedroom fits a bed and little else. His two children share a small cot in an alcove that was once a balcony.

Hassanein’s salary covers the rent, utility bills, and meals that occasionally include meat or fish. But even with the income his wife earns from a part-time clerical job, his family rarely has money left over at the end of the month.

The 37-year-old industrial worker is just one among countless Egyptians who toil in factories for meagre wages, unable to afford the products they help manufacture.

“My father had a Fiat, which I drove for a number of years until it gave out, but I’ve never bought my own car,” says Hassanein, who like most of his colleagues takes a bus to work.

Hassanein wasn’t born into poverty, he fell into it, along with millions of other middle-class Egyptian families pulled downwards by diminishing purchasing power.

In the four decades since former president Anwar El-Sadat announced his ‘Infitah’ (Open Door) economic policy, private capital has flooded into Egypt on the back of measures that promoted the country as an owner-friendly, low-wage investment destination. Firms enjoyed cheap land, tax holidays and subsidised energy while the state repressed union activity and eviscerated labour standards.

Political economist Amr Adly says market liberalisation and neoliberal economic policies were a boon for foreign corporations and wealthy Egyptians, but the resulting unemployment, corruption, and uneven distribution of wealth were primary factors behind the uprising last year that toppled president Hosni Mubarak.

“The economy was growing at seven or eight percent before the revolution, but there was no trickle down effect,” Adly told IPS. “Wages in many sectors lagged far behind inflation.”

Mubarak’s legacy is a country of 83 million people in which a quarter of the population lives below the UN-recognised poverty line of two dollars a day. About 13 percent of Egypt’s 26-million-strong workforce is officially unemployed, and many work in a huge parallel economy where job security is absent.

Wages here are among the lowest in the world. The national minimum wage was set at 700 Egyptian pounds (115 dollars) a month last year after stagnating at 35 Egyptian pounds (under six dollars at today’s rate) for over two decades.

“We want better pay, but every path is blocked,” says Hassanein. “In the end you take your salary and thank God that at least you have a job.”

Under Mubarak, workers were discouraged from unionising – or if they did, required to join one of 24 syndicates affiliated to the Egyptian Trade Union Federation (ETUF). Activists say the colossal state-controlled labour organisation served the interests of the government and factory owners by blocking workers’ attempts to strike or engage in collective bargaining.

ETUF’s board was dissolved after the 2011 uprising, but many of its union heads, chosen in sham elections for their loyalty to Mubarak’s regime, are still in place. The federation’s 3.5 million members pay union dues, but receive few benefits or support in return.

When textile worker Kareem El-Beheiry joined a strike to demand better wages, it was his own trade union – in league with the publicly-owned factory’s manager – that tried to stop him.

“The state-backed unions have never respected the rights of workers,” says 27-year-old El-Beheiry, now a project manager at an NGO that helps workers unionise. “Workers are forced to pay syndicate dues every month, but the (official) unions are only interested in supporting the government and company management.”

El-Beheiry was among the 24,000 workers at a state-owned textile mill in the northern Egyptian town Mahalla El-Kubra who defied their official stooge union heads and went on strike in December 2006 over unpaid bonuses. The defiant act sparked a flurry of wildcat strikes now widely seen as a catalyst for the mass uprising that ended Mubarak’s rule.

The strike wave has continued to this day, encompassing every economic sector and region of the country. Last year saw a record 1,400 collective actions, according to Sons of the Land, a local human rights group.

One consequence of the labour unrest is that emboldened workers have increasingly challenged ETUF’s hegemony over trade union activities, organising themselves into independent syndicates that protect their interests, not the state’s. Workers managed to establish four independent trade unions before the 2011 uprising. More than 800 have been formed in the last 18 months, representing an estimated three million workers.

“We’re building independent and democratic unions that are accountable to workers and give them their rights,” says Kamal Abou Eita, president of the Egyptian Federation of Independent Trade Unions (EFITU), an umbrella for hundreds of independent unions.

But analysts say the new regime, much like its predecessor, wants to keep workers contained and controlled.

The Muslim Brotherhood, the Islamist group from which Egypt’s new president hails, has extensive business interests and a long history of anti-union activities. The group’s members in government have signalled a continuation of the old regime’s economic policies – which critics say come at the expense of labour wages and security.

Egypt’s new labour minister, a prominent Brotherhood member and former ETUF deputy, has submitted a draft law that would require workers in each enterprise to select just one trade union to represent them. If passed, labour rights advocates say the legislation would eliminate most independent unions, which exist alongside their larger ETUF counterparts.

“Then we’re back to the way it was under Mubarak,” says Hassan.