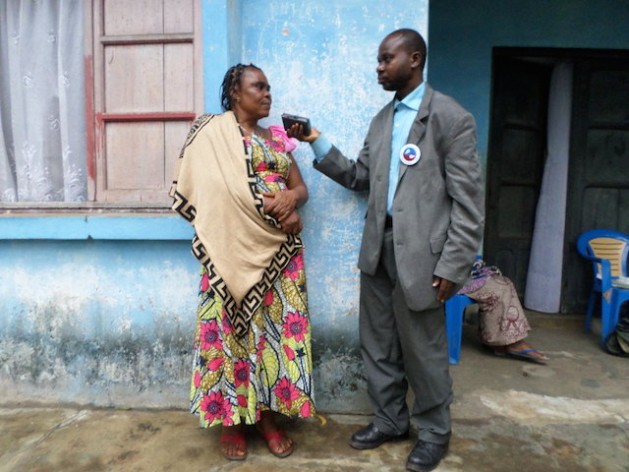 Rose Fungulana, a 53-year-old farmer, fears that if DRC President Joseph Kabila is allowed to serve a third term of office, there will be a rebellion that will increase the risk of sexual assault against women. Courtesy: Badylon Kawanda Bakiman

KIKWIT, DR Congo, Jul 2 2014 (IPS) - Proposals to review the Democratic Republic of Congo’s constitution to permit President Joseph Kabila to seek a third term of office, if accepted, will only plunge the Congolese further into poverty and insecurity, experts warn.

“More than 60 percent of Congolese live on less than one dollar a day. Our compatriots are struggling to access our natural resources. DRC risks [looting] of stores as it was in 1991 in Mobutu [Sese Seko’s reign],” Raymond Kitako, a civil society leader in DRC, told IPS. Mobutu ruled the country for 31 years in a reign that was synonymous with corruption. In 1991 people looted stores and shops as the economy plunged.

Mobutu was overthrown in 1997 by current President Joseph Kabila’s father, Laurent Kabila, who was assassinated in 2001. Joseph Kabila replaced his father as head of state and was later elected president in 2006 and 2011.

“If this decision is applied, it places the country at risk for a serious political crisis,” Kitako added.

“If the presidential [term] is reviewed, the DRC will register a step backwards of 60 years. We don’t like it,” said Vital Kamerhe, Joseph Kabila’s main political opponent and chairman of the opposition Union for Congolese Nation, during a meeting with journalists. 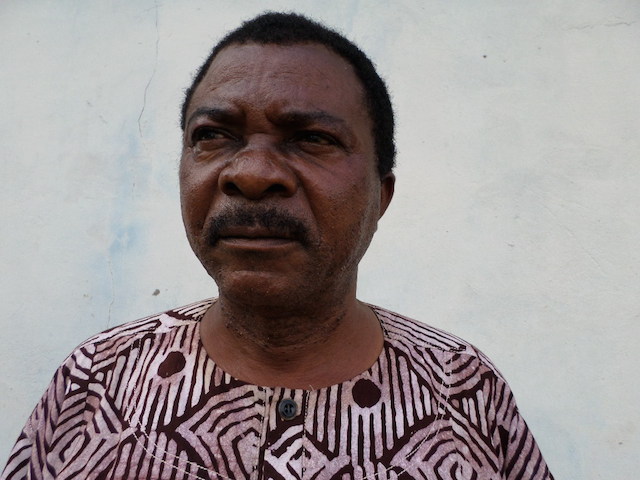 Raymond Kitako, a civil society leader in DRC, said if DRC President Joseph Kabila is allowed to serve a third term of office, it would result in a serious political crisis. Courtesy: Badylon Kawanda Bakiman

For Kamerhe, “Burundi’s example where members of parliament refused to review the constitution [after being asked to do so] by President Pierre Nkurunziza must be a lesson to the presidential majority in DRC.”

Ernest Malonda, a member of the opposition Union for Democracy and Social Progress, told IPS that if the president was allowed to seek a third term of office, “DRC will lose its national unity. Congolese will not circulate freely. Bandits called ‘Kuluna’ will become very numerous and the people will suffer.”

“Where have you seen a country at war receive economic investors?” asked Germaine Tangolo, an economist.

Many here remember the rebellion of 1997 where more than six million Congolese died when Laurent Kabila overthrew Mobutu. And they don’t want to relive it.

“The war will start and as a consequence so will sexual violence and gender-based violence as people look for natural resources,” feared Rose Fungulana, a 53-year-old farmer.

She said that in the 1997 war, her 23-year-old sister was raped by Mobutu’s soldiers in eastern DRC.

A 2013 report published by Ministry of Gender, however, shows sexual violence remains very high in the country, as “29,354 cases of sexual violence and gender-based violence were registered in seven provinces of DRC from 2011 to 2013.”

Fungulana worries that women will be even more at risk should there be a rebellion against the president serving a third term of office.

Jean Claude Katenda, president of the African Association for Human Rights in DRC, told IPS that the “people will contest the results and people will die [protesting against it]. It’s dangerous for the democracy. Corruption will circulate.”

However, Luzanga  Shamandevu, spokesman of presidential majority, denied this would happen and said that they would accept the outcome if the constitution was reviewed.

However, some are willing to take their chances with a changed constitution.

“I don’t understand why political opposition and Presidential Majority are divided! Let us see what the country will become if the Congolese constitution is reviewed,” Simon Kapalay, a teacher at Kikwit, in the southwest of DRC, told IPS.