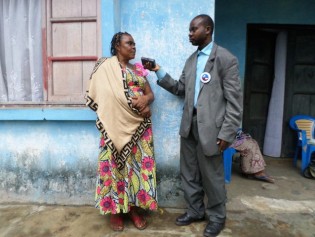 By Jim Lobe
The World Bank Thursday approved a 73.1-million-dollar grant in support of a controversial giant dam project in the Democratic Republic of the Congo (DRC).

By Taylor Toeka Kakala
At a popular tourist art market in Goma, in eastern Democratic Republic of Congo, paintings and art sculptures made from bronze, copper, malachite, stone or wood attract visitors. It seems like an ordinary tourist market. But only the regulars know that this is also a black market for ivory products.

By Taylor Toeka Kakala
Tuyisenge*, a former teacher from the Democratic Republic of Congo province of North Kivu, sat on a tree stump watching his fellow refugees go about their lives along the terraces of the hillside Kigeme Refugee Camp in southern Rwanda.
Next Page »
ADVERTISEMENT ADVERTISEMENT