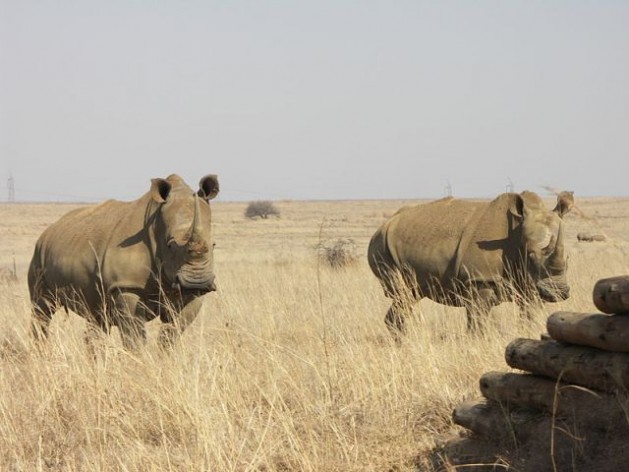 NEW YORK, May 13 2015 (IPS) - Thefts, murders and mutilation of Africa’s wildlife, from white rhinos to elephants with their prized horns and tusks, are at an all-time high, say conservationists who are keeping track of the poaching of species by fortune-seeking hunters.

To save the animals from further decimation, the U.S.-based Exotic Wildlife Association (EWA) proposes moving about 1,000 of South Africa’s white rhinos to a comparable climate in the U.S.

Allan Warren of the EWA says the need is urgent as rhinos are being poached to near extinction in southern Africa, and there appears to be no effort to stop it.

“The rhino horn is worth about 90,000 U.S. dollars per kilogramme, and each horn weighs about four kilos so it is more valuable than gold,” Warren said.

Under EWA’s scheme, rhinos would relocate to individual ranches in Texas, with South African ranchers granted partial ownership of the rhinos’ offspring. “It is not about hunting, it’s about preserving, saving the species from certain annihilation in South Africa,” Warren said. “Most of the rhinos to be moved are these baby rhinos whose mothers are slaughtered by poachers who slice off their horns.”

According to an “Elephant Summit” in 2013 held in Gaborone, Botswana, run by the International Union for the Conservation of Nature, the majority of animal tusks wind up in Asia. The U.S., Great Britain, Belgium and the Netherlands are also cited to a lesser degree on the summit’s map.

In March of this year, world leaders met again in Kasane, Botswana to review progress since the 2014 London Conference on Illegal Wildlife Trade. According to this group, illegal sales of ivory are now a 19 billion dollar business, 1000 park rangers have been killed by poachers in the last decade, and a rhino is killed every 11 hours.

With Botswana having a tough policing policy that has sharply reduced poaching, South Africa earlier this year approved the transfer of about 100 rhinos to that country. In addition to providing more space, Botswana also has a harsh “shoot to kill” policy against the hunters. It’s controversial, but some wildlife conservationists believe it’s the only way to stem poaching.

A different solution was proposed by Rhinos Without Borders which, in partnership with Great Plains Conservation, as well as various government ministries and safari groups, hopes to move up to 100 rhinos (both black and white) from existing high density populations in South Africa, and release them into the wild in various parts of Botswana.

Meanwhile, the plan to move rhinos to Texas faces several challenges: it needs approval from the US Department of Agriculture, it must find enough ranchers in Texas who want to take the rhinos; and it must raise the funds to move the creatures, at an estimated cost of at least 50,000 dollars per rhinoceros.