Q&A: Ensuring Food Security for All

Rome, Italy, Jan 19 2016 (IPS) - Coming from a developing country where, in our generation, we have experienced the devastating effects of food insecurity and the complexity of its root causes, I take to heart the objective of ensuring that during my mandate, CFS will make a ‘real’ difference to people’s lives. Achieving results is something that we owe each and every undernourished person who today, in 2016 goes to bed hungry. There is still an unacceptable 793 million people in this condition worldwide! Ensuring food security for all is also something that we owe our children. 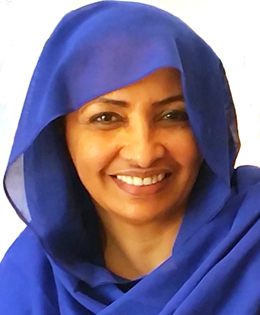 Today, in our inter-connected 21st century world, the persistence of hunger and malnutrition is both unacceptable, and complex to tackle. Root causes are many, they are interlinked, and they will only be addressed successfully if all actors involved, governments, civil society, the private sector, UN organisations and the international development community generally, including research organizations, come together and agree on the policy and actions that are necessary. This is why CFS, as the most inclusive platform for all stakeholders to work together on global food security and nutrition policies, has been called upon to play a major role in two crucial areas: implementation of the 2030 Agenda for Sustainable Development, and the recommendations of the Second International Conference on Nutrition.

Both the review and follow-up to implementation of the 2030 Agenda, and particularly of its second goal, “End hunger, achieve food security and improved nutrition and promote sustainable agriculture”, as well as action to eradicate malnutrition in all its forms, will require platforms able to ensure inclusiveness, efficient science-policy interfaces, and an approach which breaks down silos.

Thanks to quality reports by its High Level Panel of Experts, and the participation of the different stakeholders around the table, CFS negotiates policy tools which are based on facts and evidence, and enjoy wide legitimacy and ownership. We can no longer argue that we lack the understanding or knowledge of the consequences of our actions, and today, we must all be held accountable for our actions and our choices.

Accountability is another priority that I have set myself for CFS in the coming biennium. Reality is fast changing, and CFS must be ready to evolve to stay inclusive, transparent, effective, and relevant. CFS must continue its constructive self-questioning, and examine whether its procedures are efficient, whether it is as inclusive as it should be, whether the science-based reports support policy negotiations as well as they could, and so forth. This year, we plan to carry out an independent evaluation of CFS, and we are looking forward to the results, in order to continue evolving and improving.

These new priorities represent a major turning point for CFS, and will no doubt involve challenges, as well as opportunities to prove that a participatory, inclusive model such as CFS is the future for sustainable development. I look forward to this biennium, and to achieving a lasting impact together with all CFS stakeholders!

The following is an exclusive interview with Ambassador Gornass conducted by IPS.

IPS: Please describe some of the toughest challenges we face today in trying to reach Zero Hunger.

Amb. Gornass: Our planet, however big and plentiful, has physical boundaries, and limited natural resources, which in today’s populated and globalised world, are getting scarce. This leads to competing demand for land, water, nutrients among others. Soils are depleted. This impacts upon agricultural productivity, and further affects our environment. Climate change is probably the most worrying of these changes which will affect all of us, with no exception. Political and governance factors also come into play; worldwide, protracted crises are multiplying. These conflicts affect food production from planting and harvesting to processing, distribution and the final consumer. Policy coordination and coherence is a major issue for food security and nutrition worldwide. For instance, different ministries within a government may not share the same views or may have different and sometimes competing approaches to an issue, which makes the implementation of policies such as those targeting the food insecure difficult, or may even jeopardize their impact. Countries within a region should also improve their coordination of policies. Better communication is something we need to achieve.

In general terms, there has to be an acknowledgement by all actors of their shared responsibility: each stakeholder has an interest, and responsibilities, in achieving global food security and improved nutrition.

IPS: Where have we succeeded so far and what might work better? Is SDG2 an aspirational goal or can we really reach it by 2030?

Amb. Gornass: There are examples of major advances in the fight against hunger. Globally, numbers are going down and overall, regions have made good progress, some regions having achieved both the 2015 international hunger targets. However, others have in fact gone backwards due to new factors such as political crises.

SDG2 can certainly be reached by 2030. We already know how to produce enough to feed the planet. It’s now about understanding how food systems can work better so that we no longer lose or wastefood, that it is more equally distributed, is available at a fair price that enables food producers to improve their livelihoods and encourages vocations, and that is both nutritious and adequate. As a result populations will be better off and countries will be enabled to grow. Increasing the production of smallholder farmers is key to achieving this. These are the people who will make the difference in nutrition and in the quality of food, overall.

IPS: Can you give us some specific success stories that show the way ahead for other countries as well?

Amb. Gornass: Brazil is an excellent example. Former President Lula’s Zero Hunger is a Brazilian government program introduced in 2003 by the then President Luiz Inácio Lula da Silva, with the goal of eradicating hunger and extreme poverty by combining an array of social protection policies and safety net measures, aimed at increasing the productivity of smallholder farmers.

India also has success stories to share! For example, India launched a very successful social media campaign aimed at educating the entire population – and targeting women in particular – about the symptoms and consequences of malnutrition, as well as on the benefits of a varied diet, especially for infants and children under the age of five. The campaign was launched thanks to the support of a telephone company, which gave to people who watched the video extra telephone minutes. As a result of this campaign, malnutrition dropped from 51 percent to 37 percent!

IPS: Attaining food security could solve so many things, including for example decreasing health issues which at the national level cause a strain on a country’s economy, to say nothing of the personal suffering due to food insecurity and malnutrition. Do you think world leaders understand the importance of food security?

Amb. Gornass: They do! This is the message that they sent last September by adopting the 2030 Agenda for Sustainable Development: development issues are strongly interrelated, and we need to work on these simultaneously, in a holistic and integrated manner, bringing together: developing, and developed countries; governments, and all other stakeholders.

The challenge is that, while food security and good nutrition achieve benefits that affect many sectors, such as health, economic growth as you mentioned, but also the environment, and populations’ overall well-being, achieving this also requires simultaneously moving things across many different sectors. For instance, “nutrition sensitive policies” should be included in health plans, agricultural development programmes, water management, education, etc. This is why food security and nutrition will only be achieved if all stakeholders realise this and work together. This is also why the 2030 Agenda, and enhanced nutrition, will be placed at the centre of the CFS agenda from now on; CFS multistakeholder members will meet this year in Open-Ended Working Groups to discuss how to implement concretely the decisions taken at the Committee’s Plenary meeting in October 2015.

IPS: Isn’t Climate change a huge problem for attaining food security and zero hunger by 2030? If we don’t get climate change right, how can we move ahead on food security? What role is CFS playing and couldn’t it play a greater role?

Amb. Gornass: Indeed, it is, especially in developing countries. A two degree increase will have a dramatic impact on crop yields and their nutritional content in many regions of the world and it will also affect climate variability, which in turn has adverse effects on harvests and food availability.

Climate change may also lead to important flows of displaced people, “climate refugees,” which has important food security implications. Small changes in a situation of fragile balance could have huge political and humanitarian repercussions. All countries have to work together to adapt to and mitigate climate change; we need to work on providing more funding and technical help. We need to enable farmers to sustain these changes. We need to find and adopt globally more sustainable agricultural production methods, and fast. But the solutions are in reach, thanks to the huge technology and innovation potential, as well as to traditional local knowledge on how to produce good quality food using available resources to their full potential and in a sustainable manner.

On this topic, CFS has commissioned a High Level Panel of Experts’ report on “Sustainable Agricultural Development Including the Role of Livestock”, to be launched in July 2016. In 2012, the CFS published a report on “Climate Change and Food Security” which was a game changer. The report introduced the idea of “Climate-Smart Agriculture”, with climate negotiators realizing that agriculture must needs be included in any negotiations on climate – that it was not only part of the problem but also has enormous potential for solutions! The policy recommendations which were negotiated based on this report are still very topical.

In the run-up to COP 21, CFS openly and actively advocated for a common narrative to be developed for sustainable development in the next 15 years – between the Sustainable Development Goals, Financing for Development, and quick action to check climate change – ensuring that all stakeholders take their full responsibility and contribute to a better world.

CFS will continue using its model, work, and convening power to support joint action, making sure that the implementation of all the Sustainable Development Goals that fall under its mandate take into account the need for climate action.

CFS is fully committed to supporting all its stakeholders in building a world where in 2030, not one individual will be left behind.