Violence Is a Preventable Disease

Mairead Maguire, a peace activist from Northern Ireland is a 1976 Nobel Peace Laureate

BELFAST, Feb 9 2016 (IPS) - The World Health Organization has said that ‘Violence is a preventable disease’ and people are not born violent, rather we all live in cultures of violence. This can be changed through nonviolent peacemaking and the persuit of ‘just peace’ and nurturing of cultures of peace. 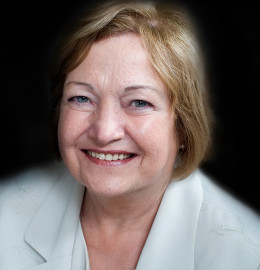 In Northern Ireland for over thirty years we faced violence from all sides, as we lived in a deep ethnic/political conflict. This violence only ended when everyone acknowledged that militarism and paramilitarism could not solve our human problems, and only through unconditional, all inclusive dialogue and negotiations could we reach a political agreement based on nonviolence, forgiveness, compromise and cooperation. We spoke ‘to our enemies’ and made peace with them, because we recognized that without peace nothing is possible, and with peace, everything is possible. We also began to tackle the root causes of our violence, by painstakingly making policy changes. Today in Belfast, while it is good for all its citizens to live in a city at peace, we all acknowledge that our peace process is a work in progress and we must continue to work on justice, forgiveness and reconciliation.

This is a time when, I believe, Europe is at cross-roads and hard choices regarding policies and priorities have to be made. Today’s refugees and migration challenge has shown the best and the worst of European values, often beamed via television onto our screens. The best have been the compassionates response of some spiritual leaders such as Pope Francis and the people of Italy, government and political leaders, such as Germany’s Chancellor Angela Merkel, and millions of ordinary citizens across Europe, moving to help in any way they can the refugees, and migrants who have arrived from war torn countries.

The worst has been the fearology fuelled by negative forces which has resulted in an increase in racism, islamophobia, hate crimes and speech, and fascism in some European cities, hitherto known as cities of cultural diversity and tolerance. The stream of refugees andmigrants from Africa, Middle East and Asia, will continue pouring in to Europe, and the question is: what is the role of Europe and its citizens? I hope that Europe will continue to demonstrate compassion and offer to host those who are so desperate they had to flee all they loved in order to save their lives, or for a better life elsewhere.

The consequences of NATO/US policies of invasions and occupation is the destruction of Iraq, Libya, Afghanistan, Syria, and Yemen, to name but a few. A real question now to be asked by Europeans is: Do you want to continue being part of the perpetual wars of US and its most belligerent states of UK and Israel, and the militarization and nuclearization of Europe to continue?

All across the European Union (UE) young Europeans are travelling to other EU countries and further afield, trying to find jobs, and many continue to immigrate overseas. Austerity cuts, imposed by many European Union (UE) governments, are driving people deeper into poverty. In spite of this lack of jobs and falling In to poverty for many families, political leaders insist on governments policies, supporting foreign wars instead of human security of EU citizens, health care, education and the environment.

The British government has implemented austerity cuts which have devastated social services for many poor families and it is currently promising the renewal of the UK nuclear trident missile (these nuclear weapons, although on European soil, are in the control of the US government). This is all done in the face of millions of citizens protesting nuclear weapons and calling for a nuclear weapons free Britain and World.

Many governments in Europe are in denial that they are in a crisis but unless courageous policy reversals are implemented and more funding put into human security by dealing with unemployment and poverty, things will not change for the better for our societies in the forseeable futre. But we do not need austerity cuts, we live in a very rich world it’s just that we have got our priorities wrong!

Billions of Euros spent by NATO and Europe hosting war exercises, increases fearology, prepares people mentally for enmity and war, and lines the pockets of the rich, of arms manufacturers and war profiteers. In November 2015, while the worlds political leaders, and media, focused on the refugee crisis and the violence of illegal groups of Daesh (Islamic state) and other fundamental Islamic extremists, almost unknown to the civil community, as it was little reported, one of the great threats to the survival of humanity was taking place in Northern Europe, across three European states. Some 36,000 military troops, 200 fighter aircrafts and more than 60 warships carried out NATO’s biggest war games in 13 years.The military troops were from over 30 states.

They were carrying out war exercises preparing to fight together in battle groups if necessary in a war, which should it come to pass, would be a horror of horrors and one of the greatest crimes against humanity, a nuclear/conventional war on European soil, and spreading quickly across the world. The NATO (led by the US) has fought many illegal wars. They argue that it is necessary to fight terrorism and that it must defend its members from threats from the Middle East and North Africa.

The cold war propaganda against Russia continues and NATO by its expansionist and aggressive strategy has brought Europe to a situation similar to that of the Cold War causing a new dangerous confrontation with Russia.

I believe Europe (and indeed the world) must now ask the tough questions and make hard, brave and courageous choices: ‘Do we continue down the road of re-arming Europe and the World, and building a culture of militarism and war, creating enemy images and demonizing other countries and their leaders, implementing ‘regime change’ through bogus ‘right to protect’ military intervention, or do we choose to start disarming our conscience, hearts and minds, dismantling our weapons, ending militarism and war and implementing International law?’

Europe and the world needs a New Vision of Unity and Demilitarization of Regions, with power devolved to communities where people feel empowered and true democracy can be established. A demilitarized world is something we can all work together to build.

It is not an impossible dream, but begins with each one of us, choosing to live lives of nonkilling and nonviolence and building friendships between peoples and regions in order to cooperate as the human family on the problems we all need to deal with such as environment and poverty. We have imagination and genius and with confidence and trust in ourselves and each other, we can move away from nationalism and war, towards regional solutions built on demilitarized societies of peaceful co-existence ¬ we can and we must learn to live together in all our diversity. Peace Demilitarized and Devolved Democracy is possible and is a human right for all.