ROME, Mar 21 2016 (IPS) - The next time you turn on the tap to fill the kettle, you might want to spare a thought for the forest that made it possible. It may be a hundred kilometres away or more from where you are sitting, but the chances are that you owe your cup of tea, in part at least, to the trees that helped to capture the water, and to filter it on its long journey to you the consumer. 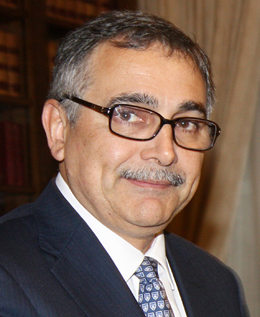 The importance of forests to the water cycle cannot be overstated. They slow down the flow of water, percolating it gently through the soil, ensuring stable year-round supplies even during drier seasons. At the same time, forests filter the water that enters our rivers, lakes, streams and groundwater, increasing the quality of this life-giving resource. Research in Burkina Faso has shown how a single tree can help with groundwater recharge, protecting water from evaporating from the soil, its root system allowing rainwater to filter more deeply into the ground, providing clean, safe drinking water.

The intertwined and essential relationship between forests and water is the theme of this year’s International Day of Forests (March 21). At the Food and Agriculture Organization of the United Nations (FAO), we are taking the opportunity to highlight the crucial role that forests play in providing good quality water for the world’s growing population. As well as safeguarding quality water supplies, forest management reduces poverty by creating jobs, preventing forest fires, protecting watersheds and providing other services, such as removing carbon dioxide from the air we breathe.

Worldwide, forested watersheds and wetlands provide a massive 75 percent of our freshwater resources. That may not come as much of a surprise for rural areas. But think of big cities, such as Mumbai, Tokyo, Bogotá and Mexico, and ask yourself where their water comes from. The truth is that one-third of the world’s largest cities obtain a significant proportion of their drinking water from protected forests – and this figure will continue to rise as urban centres increase in size and population. Take the case of New York, one of the most densely populated cities on the planet. There, two forest systems — spread over 2,000 square miles (5,180 square kilometres) and located far upstream from the city itself — supply water for 9 million people, delivering 1.3 billion 4.9 billion litres every day.

Like any living organism, trees transpire, and in so doing they increase humidity levels in the air, ultimately leading to rain or snowfall. On average, 40 percent of rainfall over land originates from evapotranspiration – the name given to this process – from plants, including trees. In some areas, that figure is even higher. For example, more than 70 percent of rainfall in the Rio de la Plata river basin originates from evapotranspiration from the Amazon forest.

When managed sustainably, forests also make a significant contribution to reducing soil erosion and the risk of landslides and avalanches – natural disasters which in turn can disrupt sources and supplies of freshwater. Forests can reduce the effects of flooding and prevent and reduce dryland salinity and desertification. By storing water, trees and forests bolster resilience to drought events, one of climate change’s most damaging symptoms.

The evidence is clear: investing in forest-water policies aimed at sustainable management makes sound economic sense. Faced with a choice between putting in place a forest resource protection strategy or installing a facility to treat water for consumers, New York City planners quickly realised there was no contest. The artificial system would have cost US$6-8 billion, plus an annual $300-500 million in operating costs. The total price tag for sustainably managing the two forests upstream on either side of the Hudson River was far lower, at less than $1.5 billion.

One telling example of the economic value of forests as providers of freshwater comes from China. Its forests have a water storage function worth an estimated $1 trillion—three times the value of the wood they contain.

The value of forests can be measured in human lives too – the most important metric. In Africa, there is strong evidence that the extensive deforestation currently taking place in the tropical central belt is having an impact on water supplies in other parts of the continent, such as Ethiopia in the east. Some people have been forced to migrate from their homeland as a result. It is a sobering thought that forest management decisions – or lack of them –can have such a devastating effect on communities situated thousands of miles (kilometres) away.

Clearly, the links between forests, water, and human well-being are many – and cannot be ignored.