The Delusion ‘I Am Not Responsible’ 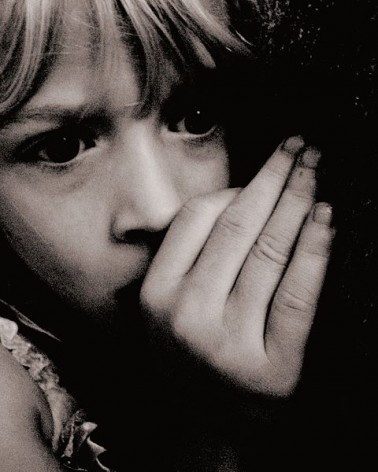 DAYLESFORD, Australia, Jul 13 2016 (IPS) - – One of the many interesting details to be learned by understanding human psychology is how a person’s unconscious fear works in a myriad of ways to make them believe that they bear no responsibility for a particular problem.

This psychological dysfunctionality cripples a substantial portion of the human population in ways that work against the possibility of achieving worthwhile outcomes for themselves, other individuals, communities and the world as a whole.

In an era when human extinction is now a likely near-term outcome of this dysfunctionality, it is obviously particularly problematic. So why does this happen and how does it manifest?

In essence, if a person is frightened by the circumstances of others or a particular set of events, their fear will often unconsciously delude them into believing and behaving as if they bear no responsibility for playing a part in addressing the problem.

This fear works particularly easily when the person or people concerned live at considerable social and/or geographic distance or when the events occur in another place.

But it can also work with someone who is socially or geographically close, or with an event that occurs nearby. Let me illustrate this common behaviour with several examples which might stimulate your awareness of having witnessed it too.

I first became seriously interested in this phenomenon after hearing someone, who had just returned from India, describe the many street beggars in India as ‘living a subsistence lifestyle’.

As I listened to this individual, I could immediately perceive that they were very frightened by their experience but in a way that made them not want to help.

Given that this individual has considerable wealth, it was immediately apparent to me that the individual was attempting to conceal from themselves their unconscious guilt (about their own wealth and how this was acquired) but I could perceive an element of anger in their response as well.

This anger was obviously shaping the way in which street beggars were perceived so that there was no apparent need to do anything. So what was the unconscious anger about? Most probably about not getting help themselves when they needed it as a child.

A widespread version of this particular fear and the delusion that arises from it, is the belief that it is the direct outcome of the decisions of others that make them responsible for the circumstances in which they find themselves.

Obviously, this belief is widespread among those who refuse to take structural violence, such as the exploitative way in which the global economy functions, into account. If the victim can be blamed for their circumstances then ‘I am not responsible’ in any way.

Men who like to blame women who have been sexually assaulted for their ‘provocative dress’ are also exhibiting this fear and its attendant delusional behaviour.

But perhaps the most obvious manifestation of evading responsibility occurs when instead of doing what they can to assist someone in need, a person laments ‘not being able’ to do something more significant.

And by doing this, their fear enables them to conceal that they might, in fact, have done something that would have helped.

This often happens, for example, when someone is too scared to offer help because it might require the agreement of someone else (such as a spouse) who (unconsciously) frightens them. But there are other reasons why their fear might generate this behaviour as well.

A variation of this behaviour is to dispose of something that you do not want and to delude yourself that you are, in fact, ‘helping’.

I first became fully aware of this version of evading responsibility (and assuaging guilt) when I was working in a refugee camp in the Sudan at the height of the Ethiopian war and famine in 1985.

Companies all over the world were ‘giving’ away unwanted stock of unsaleable goods (presumably for a tax benefit) to aid agencies who were then trying to find ways to use it.

And not always successfully. I will never forget seeing the Wad Kowli Refugee Camp for the first time with its wonderfully useless lightweight and colourful overnight bushwalking tents instead of the large, heavy duty canvas tents normally used in such difficult circumstances. Better than nothing you might say. For a week, perhaps, but only barely in 55 degrees Celsius.

Another popular way of evading responsibility is to delude yourself about the precise circumstances in which someone finds themselves.

For example, if your fear makes you focus your attention on an irrelevant detail, such as the pleasantness of your memory of a town as a tourist destination, rather than the fact that someone who lives there is homeless, then it is easy to delude yourself that their life must be okay and to behave in accordance with your delusion rather than the reality of the other person’s life.

One way that some people evade responsibility is to delude themselves that a person who needs help is ‘not contributing’ while also deluding themselves about the importance of their own efforts.

This is just one of many delusions that wealthy people often have to self-justify their wealth while many people who work extremely hard are paid a pittance (or nothing) for their time, expertise and labour.

Variations of another delusion include ‘I can only give what I have got’ and ‘I can’t afford it’ (but you might know of others), which exposes the fear that makes a person believe that they have very little irrespective of their (sometimes considerable) material wealth.

This fear/delusion combination arises because, in the emotional sense, the person probably does have ‘very little’.

If a person is denied their emotional needs as a child, they will often learn to regard material possessions as the only measure of value in the quality of their life.

And because material possessions can never replace an emotional need, no amount of material wealth can ever feel as if it is ‘enough’. For a fuller explanation of this point, see ‘Love Denied: The Psychology of Materialism, Violence and War‘.

If someone is too scared to accept any responsibility for helping despite the sometimes obvious distress of a person in need, they might even ask for reassurance, for example by asking ‘Are you okay?’

But the question is meaningless and asked in such a way that the person in need might even know that no help will be forthcoming. They might even offer the reassurance sought despite having to lie to do so.

A common way in which some people, particularly academics, evade responsibility is to offer an explanation and/or theory about a social problem but then take no action to change things themselves.

Another widespread way of evading responsibility, especially among what I call ‘the love and light brigade’, is to focus attention on ‘positives’ (the ‘good’ news) rather than truthfully presenting information about the state of our world and then inviting powerful responses to that truth.

Deluding ourselves that we can avoid dealing with reality, much of which happens to be extremely unpleasant and ugly, is a frightened and powerless way of approaching the world. But it is very common.

Many people evade responsibility, of course, simply by believing and acting as if someone else, perhaps even ‘the government’, is ‘properly’ responsible.

See ‘Why Violence?‘ and ‘Fearless Psychology and Fearful Psychology: Principles and Practice‘.

Ultimately, of course, we evade responsibility by ignoring the existence of a problem.

Despite everything presented above, it should not be interpreted to mean that we should all take responsibility for everything that is wrong with the world. There is, obviously, a great deal wrong and the most committed person cannot do something about all of it.

However, we can make powerful choices, based on an assessment of the range of problems that interest us, to intervene in ways large or small to make a difference. This is vastly better than fearfully deluding ourselves and/or making token gestures.

Moreover, powerful choices are vital in this world. We face a vast array of violent challenges, some of which threaten near-term human extinction.

In this context, it is unwise to leave responsibility for getting us out of this mess to others, and particularly those insane elites whose political agents (who many still naively believe that we ‘elect’) so demonstrably fail to meaningfully address any of our major social, political, economic and environmental problems.

If you are interested in gaining greater insight into violent and dysfunctional human behaviour, and what you can do about it, you might like to read ‘Why Violence?’ and ‘Fearless Psychology and Fearful Psychology: Principles and Practice’ mentioned above.

And if you are inclined to declare your own willingness to accept some responsibility for addressing these violent and dysfunctional behaviours, you might like to sign the online pledge of ‘The People’s Charter to Create a Nonviolent World‘ and to join those participating in ‘The Flame Tree Project to Save Life on Earth‘.

You might have had a good laugh at some of the examples above. The real challenge is to ask yourself this question: where do I evade responsibility? And to then ponder how you will take responsibility in future.