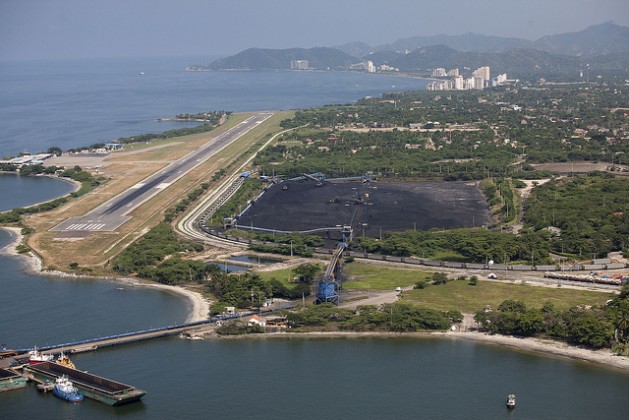 UNITED NATIONS, Nov 18 2016 (IPS) - Coal power does more to harm the world’s poor than to help them, even before the devastating impacts of climate change are taken into account, according to a recent report published by 12 international development organisations.

Yet despite commitments made under the Paris Climate Change agreement the world could go over the threshold of two degrees warming if just one third of currently planned coal power stations were built, the report found, adding that “if the world exceeds this, the results will be disastrous for the global fight against poverty.”

The report ‘Beyond Coal: Scaling up clean energy to fight poverty’, was published by the Overseas Development Institute (ODI), CAFOD, Christian Aid and nine other organisations ahead of the 22nd Conference of the Parties to the UN Climate Change Convention in Marrakesh, Morocco, which will conclude on Nov. 18.

Ilmi Granoff, co-author of the report, told IPS that coal “entrenches poverty”, contrary to arguments from the coal sector that the fossil fuel contributes to economic growth.

Granoff, a research associate at ODI, acknowledged that closures of coal power plants have caused localised economic hardship, but said that their research found that overall renewable energy is “more employment intensive per unit.”

“It’s important to acknowledge that there is an employment (impact) with the phase down of coal globally because there are specific locations where people rely on the coal industry and those need to have a just transition,” he added. “But in terms of the prospects for future employment the renewable energy sector provides better opportunities: more jobs and higher quality jobs globally.”

The report’s authors found that renewable energy can already meet “the specific needs of fighting extreme poverty and energy poverty,” he said.

“A single one gigawatt plant in Indonesia was estimated to cause 26,000 premature deaths over the plant’s lifetime.”

"A single one gigawatt plant in Indonesia was estimated to cause 26,000 premature deaths over the plant’s lifetime," -- Ilmi Granoff.

Granoff also noted the importance of recognising the long term negative impact that coal will have – particularly on poorer people and poorer countries – by contributing to climate change.

The impacts of climate change on developing countries, and the world’s poorest people, have been central to UN climate discussions, including those taking place this week in Marrakesh.

Developing countries argue that richer countries have a responsibility to limit the impacts of climate change on poorer countries, which will be disproportionately affected by increasingly unpredictable and severe weather patterns, despite having contributed far less to global carbon emissions.

This is an important reason why rich countries should be phasing out coal power stations, notes Granoff.

However while the phasing out of coal is a general trend in many richer countries, coal has continued to linger in countries such as Australia and the United States. In the U.S. President-elect Donald Trump ran his campaign on several pro-coal policies, arguing that President Barack Obama’s “radical environmental agenda” was killing jobs and hurting the economy.

However, while many of the planned coal power stations are in Asia, particularly in energy-hungry China and India, both climate change and air pollution are making these countries have to reassess their reliance on coal as an energy source.

“China is very seized of the impacts of coal both on climate change and air pollution,” said Granoff, noting that the Chinese government is reviewing the construction of some new coal power plants.