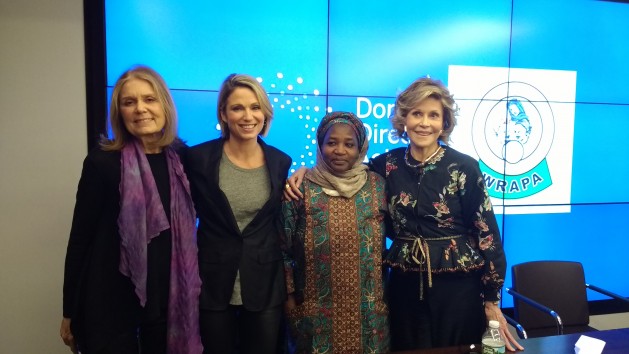 “There is the challenge of hope fatigue, especially when the expected timelines are not achieved and financial streams are low…however, the campaign remains faithful in its advocacy,”Mahdi told IPS.

However Mahdi also noted that, “Bring Back Our Girls has been one of the longest-standing campaigns in Nigeria and has been largely sustained by the horrendous nature of what the girls have gone through.”

On April 14th 2014, 276 female students in a boarding secondary school in Chibok, Northern Nigeria, were loaded into trucks at gunpoint and kidnapped by Boko Haram terrorists in the dead of the night.

The kidnappings sparked an international outrage which led to the foundation of the Bring Back Our Girls Campaign – an homage to the social media hashtag #BringBackOurGirls.

Mahdi who is also the Secretary-General of Nigerian women’s rights group, Women’s Rights Advancement and Protection Alternative (WRAPA) appealed for an end to the rampant violence against Nigerian women and girls and the release of the girls currently in Boko Haram’s captivity.

Fifty-seven of the kidnapped girls managed to escape in June 2014, two months after their capture. Two years later, in May 2016, one of the kidnapped girls was found clutching a four-month year old baby in the outskirts of Sambisa forest in Northeastern Nigeria- rumored to be one of Boko Haram’s strongholds.

More recently, 21 of the kidnapped girls, along with a twenty-month old baby born to one of the girls, were released by Boko Haram on October 12th this year after negotiations with the Nigerian government finally bore fruit.

Asked whether there are any plans in motion to rehabilitate the released Chibok girls, Mahdi told IPS that the Nigerian government and philanthropic organizations have been involved in “forming rehabilitation plans which specifically target survivors of Boko Haram.”

Mahdi also told IPS that, “I can confirm that the 21 recently released girls are currently in a government hospital where their health is being looked after and they have undergone a full regime of both psycho-social and medical examinations.”

“There is a dire need for the rehabilitation and reintegration of all girls as a responsibility of the Nigerian government,” said Mahdi.

“The recent release of some girls is only part of the deal and we have to be careful. There is hope and we can build on hope. There is still a window of opportunity that we will see all girls released…” said Mahdi at a Donor Direct Action panel discussion held in New York on December 8th.

Currently, the Bring Back Our Girls campaign is pressuring the Nigerian government to release results from rescue operations, said Mahdi.

“It is not about one person passing on the light but all of us being able to shine our own lights,” said Steinem.